Movies with the fam! 5 ideal family movies to enjoy your Raya this year!

Understanding that outdoor options are limited for this Raya, it is a blessing that we have stuff like movies to keep us entertained and here are our picks from some of the best!

Disclaimer: The movies below are fully opinion-based; hence readers are advised to take the list with a grain of salt.

This localized version of the iconic Three Stooges is one of the most remembered and is held dearly by not only Malaysians but the entire Southeast Asia region.

Spearheaded by the legendary P.Ramlee, Do Re Mi is undoubtingly one of his more iconic works where he showcased his comedic expertise which is timelessly hilarious.

Filled with laughs and honest joy, the genius of the auteur is so elegantly put that it manages to attract both young and old. More importantly, his satire heavily revolves around the innocence of Malaysia’s community and how we are carefree in nature both as a nation and as a family.

Despite its dated visuals, Do Re Mi remains a classic and is the perfect watch for families during this auspicious Raya season. 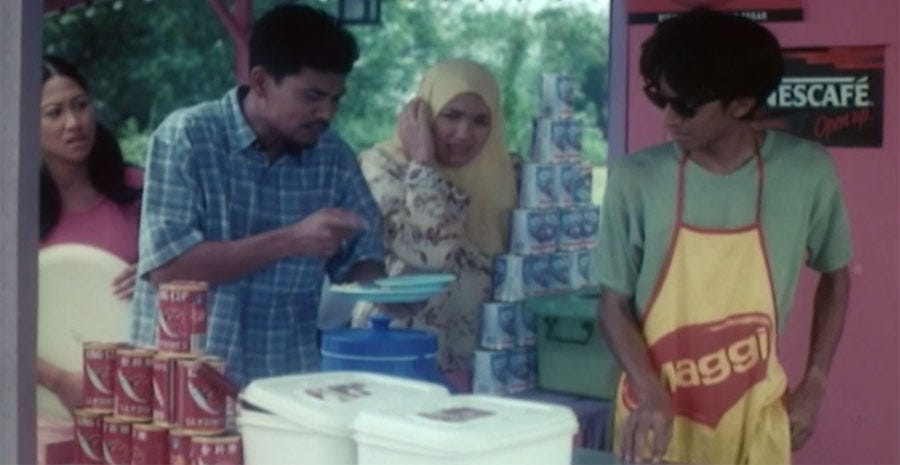 Rivalries might be a common trope in commercial TV and for many, a guilty pleasure. Lagi Lagi Senario takes a bite at the genre with a comical perspective which creates a brilliant juxtapose in its film- something that is inherently petty can be turned into a stunningly goofy film.

With the cast inclusive of Wahid Senario and Azlee Jaafar who are pioneers of the Malaysian comedy industry, expect laughter and joy to fill in the room when you and your family are chowing down on Raya treaties!

The film focuses on two opposing food stall owners that are constantly trying to outdo one another which are carried out with funny business gimmicks that are outrageously hilarious.

Similar to Do Re Mi, the images might seem old-school but with a decent TV, we’re pretty sure you can reinvigorate the colors of this early 2000s film back to life!

Good for laughs and a suitable film for families that enjoy comedy content.

When we’re making a list of great local films, how can one not include the late Yasmin Ahmad and Talentime is arguably her greatest work.

This coming-of-age film revolves around high school students’ struggles and at the height of their adolescence with them challenged with domestic issues and their infant experience of romance.

Yasmin elegantly crafted a piece paces itself with a melodramatic flow, enhanced with nostalgic music and melancholic tunes that blends itself together with the vulnerabilities of youth.

Multi-cultured with a diverse pool of cast, Talentime tugs heartstrings that will make even the toughest of men mellow with its brilliant narrative and solemn telling of a bittersweet tale.

Sorrow it is, but is still a top-notch watch for one’s Raya movie watching session.

At first glance, Ola Bola strikes as a Merdeka film more than it is a Raya film, but we’d argue that Ola Bola is suited for any occasion that celebrates togetherness and unity.

Inspired by the events of our National Football Team of the 80s, this semi-documentary film packs humor, drama and excitement that every Malaysian can relate to. From the herculean chants to the nail-biting moments, Ola Bola is a movie anthem for Malaysia as a nation with football as its subject.

Making waves during its premiere in the cinema Ola Bola needs no further justification as being one of Malaysian’s finest and we trust that it is still an awesome watch during Raya despite most Malaysian have watched it before. 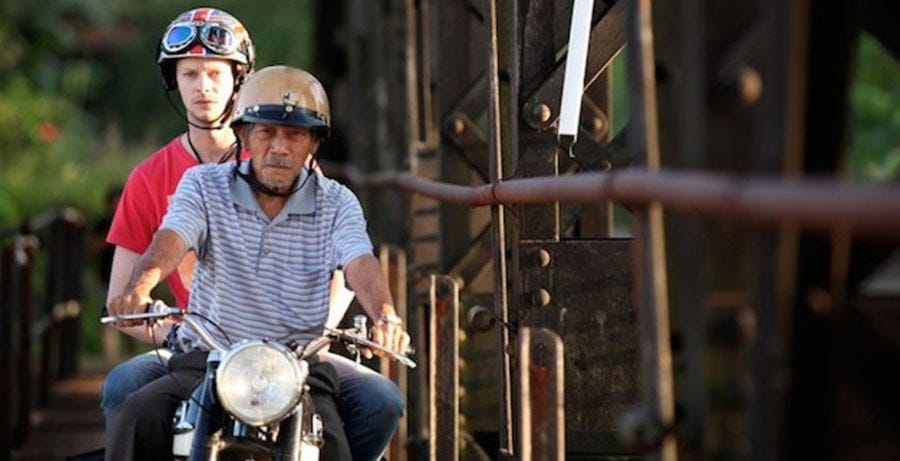 Shot across multiple parts of Malaysia, The Journey tells a tale about a daughter’s effort to convince her dad into accepting her getting married to a French man where the requirement for his acceptance is that their wedding invitations are to be hand-delivered to the invitees’ households.

Through their journey, Uncle Chuan (the bride’s father) and Ben (the fiancé) meet various people of different cultures across Malaysia while learning to accept one another for their differences.

Picturesque in many of its scenes, The Journey captures much beauty of Malaysia’s landscape and elevates it with touching and humorous Malaysian-styled moments.

If you’re looking for an ideal TV to go along with your Raya, we gladly invite you to check out our brand campaign that features up to RM 50 worth of vouchers! This event consists of countless premium TVs and other awesome products so do get them now while the promo lasts.