What exactly is the Huawei Mobile Services (HMS)?

The most mind-boggling thing about Huawei of recent times is that, will it be able to adapt to the international market after severing ties with Google. Users fear how they are going to get their usual apps and updates with the newer Huawei devices.

In an attempt to tackle this issue, Huawei basically designed their own digital ecosystem—the Huawei Mobile Services (HMS). Thought to be seamless with its own brand of applications, the HMS is possibly the catalyst of Huawei’s independence in the digital market.

First, let us breakdown on what are the notable features of the HMS

Where can I download my Taobao app now? Do I need to manually install it through an APK file? Huawei’s got you covered.

The Huawei App Gallery is almost similar to the Google Store where it hosts countless apps based on the user’s location and country selection; apps range from gaming to social media and are catered based on your preferences.

Plus, the insane growth of monthly users suggests that the Huawei App Galley is keen to increase the strength of its ecosystem, reaching countries worldwide, broadening their horizons and breaking technological barriers.

As of late, the App Gallery has more than 390 million global monthly active users in more than 170 countries and regions which further prove that the system is well-received and is going on a promising projection.

It is pretty unanimous when one is to say that data and information are close to a 100% digitalized. The accessibility is there, it’s highly convenient; basically a HUGE upgrade in data feasibility. Here’s the catch though, are we looking at something exploitable?

Similar to Google Drive, Huawei’s mobile cloud also has the sync and drive function where users can synchronize multiple Huawei devices with the same account, in essence, your settings and preferences remain with different Huawei devices.

Huawei is bringing their A-game in the aesthetics department this time around. The Huawei theme is one of HMS newer approaches to a mobile OS. Aesthetics has always been up in the air for mobile technologies. Notice how distinct certain mobile brands aesthetics are with the worst part being users cannot change them, albeit using third-party applications.

HMS allows you to have full control over the aesthetics! Users can opt to install from a wide variety of styles and themes that gel immaculately with one another.

Want your phone to blend in with nature? Sure!

Want your phone to blossom with the beauty of flowers? Checked!

Want your phone to surf with the waves? You’re on!

Hence, these are the sort of aesthetic intuitiveness one can expect when the HMS drops in on Huawei’s newest models. 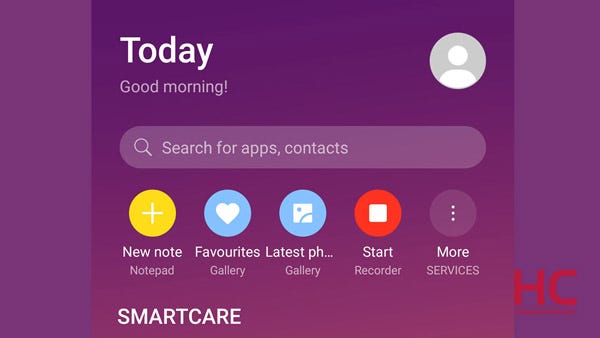 Well, it’s not exactly Jarvis from Marvel’s Iron Man, but it does the job so we really can’t complain.

AI is constantly being developed and is possibly the era-defining innovation of the 21 st century. Huawei Assistant is assumedly the highlight of Huawei’s Mate Series as it rivals the likes of Alexa and Google Assistant in terms of functionalities at least.

Although it is said that the Huawei Assistant is still at beta stage, this AI is still capable of quick-accessing various services like global search, situational intelligence, news hotspots and covers 30 languages in 82 countries.

This is a respectable feat, given that it isn’t even in its final form where its true potential has yet to be evolved.

The most anticipated device in hosting the HMS now is definitely the HUAWEI Mate30 Pro 5G. Pairing this with the 5G technology, this device is reckoned to be a storm in the mobile industry.

Here is an extensive list of what the HMS include: