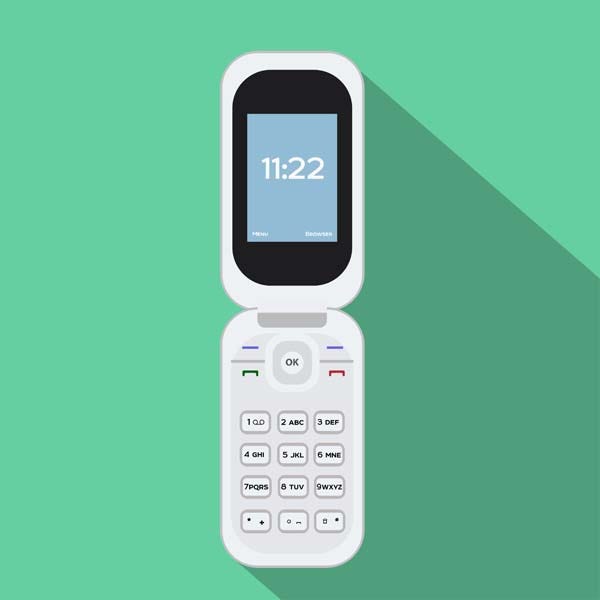 Are we going backwards in terms of mobile trends?

Phew! Where are actually moving so fast that what is considered ‘in’ today might actually be irrelevant next week. With the current pace we’re moving, people are easily bored due to our attention span being as short as a life of a wave, making mobile marketers and developers scratching their heads over their marketing strategies and design structures. This begs the question, are we running dry on originality and are we reverting back on dated ideas for ‘fresh’ concepts?

With that said, dated ideas aren’t necessarily bad. Like what Coulson said to Capt. America, “people might just need a little old-fashioned”.

While we thought the age of flip phones died with the demise of Nokia as a powerhouse of mobile phones, who would have thought that Samsung would come in as the catalyst of its resurgence?

The Galaxy Fold that was introduced by Samsung last year brought us immediately down on a trip to memory lane—reminiscing back when we would boast about our petty social status through the back-then perpetual Sony Ericsson. But will it still sell on the ‘modern’ age though?

It might actually will. There’s this thing called the ‘reminiscent bump’ where as we get older, we tend to reminisce more often which is why you would always see Youtube comments of old music videos saying “I wish we still have music like this”. This is the sentiment that mobile developers are working on flip phones are banking upon.

And there we have it, the introduction of the Samsung Galaxy Z Flip.

Where’s the pot of gold here?

Yes the flipping-style design is the eye-catcher here, actually the more one is to look into it, the Samsung Galaxy Z Flip bear a great resemblance to Nintendo’s retro device— the Gamboy Advance SP.

But inside its timeless aesthetic outlook, the Samsung Galaxy Z Flip provides unfathomable portability prowess. Just take a look at how most Samsung phones are built. A large chunk of them are huge in size, most of the time uncomfortable to carry around for travels and excursions.

The Samsung Galaxy Z Flip excels even greater than the Galaxy Fold in terms of convenience, while also maintaining its performance levels—usually the biggest catch for handheld devices is that they are unable to integrate as much power juice due to hardware limitations which also point size as a definitive factor.

Looking through the images, the unique design of the Samsung Galaxy Z Flip is commendable but its strength might not necessarily be in the beauty department. To dish out a similar performance level of its predecessor with an architectural built that isn’t generally built to sustain high-level performance is some feat.

Hence, it is its ability to masterfully combine both performance and aesthetics is the winner here. It manages to technically solve two of the most fundamental problem in today’s tech world— the bottleneck between design and technicalities.

Pre-order them today! Filled with AWESOME promos and complimentary gifts worth up to RM 349 (trust us, this is something really sick!) with payment options for you to expertly manage your shopping experience!